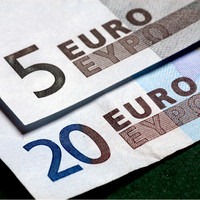 The euro slumped against the dollar after a draft document said the 91 banks being stress-tested were only examined on European sovereign debt losses for the bonds they trade, rather than those they hold to maturity. “If that’s the case, that would be a huge disappointment,” said Kathy Lien, director of currency research, with online-currency trader GFT Forex in New York. “In order to restore investor confidence it needed to look at the entire balance sheets of these banks.” The yen fell versus the dollar as Japanese policy makers for a third straight day signaled that a stronger currency poses a danger to growth, spurring speculation they will take steps to counter that risk. The euro rose earlier as Germany’s IFO institute said its business climate index jumped to 106.2, the highest level since July 2007. Hungary’s forint snapped a three- day gain as Moody’s Investors Service said it may reduce the nation’s credit rating. The 16-nation European currency fell 0.4 percent to $1.2837 at 9:47 a.m. in New York, from $1.2893 yesterday. The yen weakened 0.5 percent 87.35 per dollar from 86.95 yesterday. “It’s mostly a funding switch and people betting on the funding switch and being disappointed right now,” said Sebastien Galy, a currency strategist at BNP Paribas SA in New York.

Regulators are scrutinizing European banks to assess if they have enough capital, defined as a Tier 1 capital ratio of at least 6 percent, to withstand a recession and sovereign debt crisis, according to a document from the Committee of European Banking Supervisors. Lenders that fail the trials will be made to raise additional capital. The results will be published by CEBS and national regulators starting at 6 p.m. Brussels time. “The haircuts are applied to the trading book portfolios only, as no default assumption was considered,” according to a confidential document dated July 22 and titled “EU Stress Test Exercise: Key Messages on Methodological Issues.” The tests will assume a loss of 23.1 percent on Greek debt, 14 percent of Portuguese bonds, 12.3 percent on Spanish debt, and 4.7 percent on German state debt, according to the document obtained by Bloomberg News. U.K. government bonds will be subject to a 10 percent haircut, and France 5.9 percent.

Europe’s shared currency has declined 8.5 percent this year, the biggest loss among its developed-world counterparts, according to Bloomberg Correlation-Weighted Indexes. The dollar has gained 3.4 percent, and the yen advanced 11 percent. “An abrupt drop in stock prices or an appreciation in the yen could hurt the economy” because Japan relies on overseas demand, National Strategy Minister Satoshi Arai said in Tokyo. Cabinet Office official Keisuke Tsumura said the yen, which has risen 9 percent since early May, has been “a bit too high.” Officials including Trade Minister Masayuki Naoshima this week also expressed concern at the currency’s gains, while Bank of Japan Deputy Governor Hirohide Yamaguchi said it’s too early to determine the impact on corporate sentiment. Japan’s authorities haven’t intervened to sell yen in the currency market since 2004, and Group of Seven members have refrained from coordinated intervention for almost a decade, since an effort in 2000 to buttress the euro. Hungary’s forint dropped 1.3 percent against the euro to 287.38. Moody’s placed the nation’s Baa1 rating, its third- lowest investment grade, on review for possible downgrade.