The European Foreign Ministers’ statement said they the EU would recognise Palestine state “when appropriate.” The statement emphasised for a negotiated settlement between Israel and Palestine. 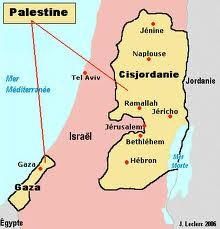 temporary freeze of settlement construction for 90 more days. Later the US President offered Israel to supply jet fighters, security guarantee and immediate aid for extension of settlement freeze. However, Israel Prime Minister demanded recognition of Israel as a Jewish state from Palestinians, which was denied by Palestine Authority president Abbas. From then on Abbas is trying to secure unilateral recognition through diplomatic means.

END_OF_DOCUMENT_TOKEN_TO_BE_REPLACED

Article first published as US Abandons Efforts to Persuade Israel to Freeze Settlements on Blogcritics.

The United States has decided to abandon its efforts of persuading Israel to freeze its settlement construction, saying the tactic has failed. Palestinians’ leadership in West Bank, Palestinian Authority has been demanding total settlement freeze in order to attend direct talks with Israel under the US mediation. Israel’s self-imposed 10-month settlement freeze expired in November last week due to which the direct talks also ended as Israel refused to extend the freeze on illegal settlement construction in occupied territories for 90 more days as requested by the US. 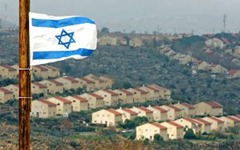 in return to a 90-day extension of a previous 10-month settlement freeze. Israel cabinet rejected the proposal. On the other hand, Israel Prime Minister Netanyahu offered to freeze the construction if the Palestinians recognised Israel as a Jewish State, but Palestinian Authority dismissed the idea.

It is not clear what the US is planning. Israel Defence Minister Ehud Barak said the talks with the Americans were postponed because the US was busy dealing with the result of Wikileaks leakage of diplomatic cables. However, this is denied by the US state department spokesperson P J Crowley. The US made clear that abandoning efforts for settlement freeze does not mean giving total efforts. It said it recognised there was a need to change the tactics to resume the peace talks.

END_OF_DOCUMENT_TOKEN_TO_BE_REPLACED

Obama doesn’t know the value of peace. He doesn’t know how to achieve peace at all. Now, one can be sure that we cannot expect a viable peace plan for Middle-East from a person who received a Nobel peace prize within 13 days of his rule, even before he began signing 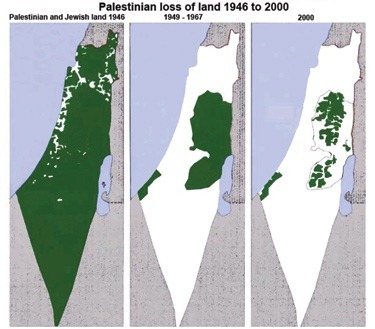 government’s papers. We cannot expect a promising peace from a persona who confirms wars are needed to establish peace while receiving Noble peace prize. That is what Mr. Obama proved by his latest peace plan for Palestinians. It is actually more like maintaining status quo for Israeli state rather than delivering peaceful state for Palestinians.

It is no wonder Israel’s Prime Minister Netanyahu is confident of convincing his pro-settler cabinet to accept the new Obama-sponsored peace deal. One is well aware of Netanyahu’s far-right views on Palestinians and their leaders, which came to light through a leaked video. It was revealed in that video that Netanyahu preferred continuous beating Palestinians till they accept what was imposed by Israeli state as a peace deal. Given such views, his acceptance to the Obama-sponsored peace deal means a death blow to the national aspirations of the long-suffering Palestinian people.

Some features of Obama’s new peace deal are:

It can be seen that this is completely one sided deal prepared for the advantage of Israelis. A peace deal should not be advantageous to either parties, but should confirm the genuine aspirations on both sides.

Cracks emerged in Israel’s right-wing coalition on Tuesday ahead of an expected cabinet vote on whether to accept U.S. inducements to freeze West Bank settlement building so that stalled peace talks can resume. "I think we are facing a real disagreement," said Benny Begin, a respected right-wing minister and son of the late Menachem Begin who made peace with Egypt in the late 1970s. He said Washington’s offer to Israel of 20 F-35 stealth warplanes worth $3 billion was "the bait to push us into the diplomatic trap" by agreeing to a proposed 90-day halt to Jewish settlement building in the occupied territory.

Deputy Prime Minister Dan Meridor confirmed on Tuesday that Prime Minister Benjamin Netanyahu was waiting to receive the offer in writing from Washington before putting it to a vote in cabinet which is expected to convene on Wednesday. If the letter reflected verbal agreements between Netanyahu and U.S. Secretary of State Hillary Clinton in New York talks last week, then the cabinet would vote on it, he said.

In addition to ultranationalist, religious and pro-settler allies in his coalition, Netanyahu faces stiff opposition from within his own right-wing Likud party, where many lawmakers have vehemently stated their opposition to Israeli concessions. "(We) will do everything we can to prevent a decision on a freeze. We are also appealing to all members of our Likud faction to express their view," prominent Likud lawmaker Zeev Elkin said on Monday.

An Israeli diplomatic source said the U.S. written commitment was being delayed by pressure from the Palestinians, who object that it exempts East Jerusalem from a freeze, denies them any chance of seeking a further moratorium, and prevents them from pursuing an imposed settlement via the United Nations. Palestinian presidential aide Nabil Abu Rdainah said the Palestinians had yet to receive details of the final proposal and had made no formal remarks to the Americans concerning it.

U.S. President Barack Obama invested substantial political capital in persuading the Palestinians to resume direct talks with Israel in early September, after months of mediation. But, true to their warnings, they halted negotiations when Netanyahu refused to extend the 10-month partial construction moratorium on Jewish settlements in the West Bank after it expired at the end of that month.

END_OF_DOCUMENT_TOKEN_TO_BE_REPLACED

Indirect peace talks between Israel and the Palestinians have begun, the Palestinian chief negotiator has said. Saeb Erekat spoke after a meeting between US Middle East envoy George Mitchell and Palestinian President Mahmoud Abbas. Mr Mitchell will now shuttle between the two sides, with hopes that direct talks can start within four months. The start of indirect talks in March was halted by a row over the building of new Israeli homes in East Jerusalem. Palestinians broke off direct peace talks after Israel launched a military offensive on Gaza in late 2008. "The proximity talks have started," Mr Erekat said in the West Bank city of Ramallah, with Mr Mitchell standing beside him.

Mr Mitchell will shuttle between the Israeli and Palestinian leaders to try to narrow their differences on the terms of Palestinian statehood. He has already held several meetings with Mr Abbas and Israeli Prime Minister Benjamin Netanyahu in the past week. Correspondents say the talks mark the first concrete achievement in the Obama administration’s Middle East peace efforts.

Mr Netanyahu said on Sunday that he hoped the indirect talks would quickly move to direct negotiations. "Peace cannot be brought about from a distance, or with a remote control," he told a meeting of the Israeli cabinet. "We are neighbours of the Palestinians and they are our neighbours. Over time one cannot assume that that we will reach decisions and agreements on critical issues such as security and our national interests and their interests if we don’t sit in the same room." The talks went ahead a day after receiving the backing of the Palestine Liberation Organisation. The PLO’s Executive Committee decided to back the talks after a