The world economy is set to rely even more heavily on booming emerging markets like China and India next year, as recovery in rich nations from the worst financial crisis in generations, plods on, Reuters polls showed. The consensus from more than 500 economists polled across the Group of Seven industrialised nations and Asia found them less optimistic about recovery in the U.S., but forecasting robust growth in China and India next year.

Global GDP is expected to grow by a robust 4.6 percent this year from a consensus of 4.2 percent just three months ago, driven by emerging markets, but will then slow to 4.0 percent in 2011, according to the poll. A series of policy tightening moves and interest rate hikes in those fast-growing economies stands in stark contrast to unanimous expectations that the Federal Reserve is about to embark on a new round of asset purchases.

The Reuters consensus is now for a new round of quantitative easing (QE), starting in November and worth $500 billion, an attempt to reinvigorate a recovery that has quickly wilted leaving U.S. unemployment close to 10 percent. Expectations have also risen that the Bank of England will start a new round of asset purchases very soon, with analysts polled now split evenly over whether it will vastly expand its balance sheet.

END_OF_DOCUMENT_TOKEN_TO_BE_REPLACED

Almost every newspaper, news channel and news sites are shouting India is the third most powerful nation only after the US and China citing a single source, a new official US report. The report is prepared consulting with experts from emerging economies China, Russia, India and Brazil apart from other nations. Some fictionalized scenarios are used to interpret how the nations are going to fare after fifteen years i.e. 2025. 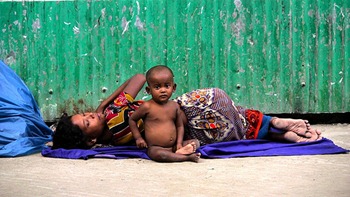 The US report says further that by 2025 the power of the US, the EU and Japan will decline, while the power of China, India and Brazil will increase, with respect to one’s own power. It means that the places are not going to be interchanged but gaps are narrowed.

END_OF_DOCUMENT_TOKEN_TO_BE_REPLACED

Article first published as IMF Briefing Note Says Slow Growth is Certain in 2nd Half of 2010 on Technorati.

First half of 2011 includes last quarter of present FY11 for India. This poses a danger to India’s present hawkish markets’ mood that risks India’s GDP growth for FY 2010-11 as the US developments automatically impact Asian economies as per recent comments by IMF director Dominic Strauss Khan. IMF cites crisis of confidence in some national economies coupled with the financial sector’s weakness as major reasons for the expected slowdown.

Yesterday the WEF report said the U.S ranking slipped from 2nd position to 5th position due to decreasing businesses’ confidence in the US economy and its huge debt and deficit. The IMF said the US property market was a source of downside risk as foreclosures of mortgaged houses had been speeded up there. Increased foreclosures or number of home repossessions are further pressuring bank balance sheets.

This may be causing reduction in credit available to the economy, the IMF suggested. Risk of credit unavailability causes renewed turbulence in sovereign debt market that could adversely affect the ‘to and fro’ flow of finance between sovereigns and the financial sector. Such developments could cause Greece like crises in developed economies.

END_OF_DOCUMENT_TOKEN_TO_BE_REPLACED

Despite strong growth figures recorded in the Europe, Germany in particular, and the United States economic growth in both regions will remain at slow pace as per the IMF chief economist Olivier Blanchard. His remarks were published on Monday in a French newspaper Le Figaro, Reuters reported. He reiterated that the euro zone governments should deliver credible plans so as to reduce their budget deficits for medium terms. Instead of stipulating target dates only the contents of the plans would reassure financial markets about the financial health he remarked. “Whether it is 2013 or 2014 is not important,” he said.

A slowdown in the US would have automatic impact on growth in the short term Mr. Blanchard was quoted as saying. He might be referring to the dependent on exports to the US of the major players of Asia China, Japan and India. Exports from the three countries are majorly destined to the US and hence the impact. China recently concentrated on developing domestic market to relieve itself from depending on exports to the US. Japan market is already saturated and the haunting deflation for Japan is preventing it to shift priorities in trade it seems. Decreasing prices prevent consumers to come to shops as they expect the prices may further slip. That is making hard for Japan to increase consumer spending.

END_OF_DOCUMENT_TOKEN_TO_BE_REPLACED 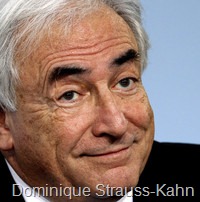 The International Monetary Fund raised its forecast for global growth this year, reflecting a stronger-than-expected first half, while warning that financial- market turmoil has increased the risks to the recovery. The world economy will expand 4.6 percent in 2010, the biggest gain since 2007, compared with an April projection of 4.2 percent, the Washington-based fund said in revisions yesterday to its World Economic Outlook. Growth next year is projected to be 4.3 percent, unchanged from the April forecast. Canada and the U.S. are leading advanced economies out of the worst recession since World War II, trailed by euro-area countries that need additional measures to boost confidence in their banks, the fund said. Faster expansions in Brazil, China and India are helping to protect the global recovery as a sovereign-debt crisis weighs on Europe, the IMF said. “The overarching policy challenge is to restore financial- market confidence without choking the recovery,” the IMF report said. “The new forecasts hinge on implementation of policies to rebuild confidence and stability, particularly in the euro area.” The euro has fallen against the dollar in each of the past seven months on concern nation including Greece and Spain might default on their debt. The MSCI AC World Index of stocks has dropped for three straight months, and the Markit iTraxx SovX Western Europe Index of default swaps insuring against losses on debt of 15 governments last month reached an all-time high.

“Recent turbulence in financial markets — reflecting a drop in confidence about fiscal sustainability, policy responses, and future growth prospects — has cast a cloud over the outlook,” the IMF report said. Fiscal woes in advanced economies may curtail the flow of capital to emerging markets, Olivier Blanchard, the IMF’s chief economist, said at a press briefing today in Hong Kong. Blanchard said the reversal will prove “temporary” in the aftermath of the European crisis, with a resumption of flows over time. European Union regulators are carrying out stress tests on 91 banks to examine whether they can withstand a shrinking economy and a drop in government bond values. Regulators are counting on the tests on firms including Madrid-based Banco Santander SA and Frankfurt-based Deutsche Bank AG to reassure investors that banks have enough capital to withstand a debt default by a European country.

END_OF_DOCUMENT_TOKEN_TO_BE_REPLACED

The following is a guest post by Angel Gurría, Secretary-General of the Organisation for Economic Co-operation & Development. The opinions expressed are his own.

The world’s economic center of gravity is changing. Global GDP growth over the last decade owes more to the developing world than to high-income economies. If these trends continue, by 2030 developing countries will account for nearly 60% of world GDP on a purchasing-power parity basis, according to OECD calculations. While high-income countries have been languishing in the worst recession since the 1930s, China and India have continued to power ahead. This is not a single stand-alone event, but a sign of an important structural transformation in the global economy, a process we call “shifting wealth.” The tangible signs of shifting wealth are widespread. In 2009 China became the leading trading partner of Brazil, India and South Africa. The Indian multinational Tata is now the second most active investor in sub-Saharan Africa. Over 40% of the world’s researchers are now based in Asia. And by 2009, developing countries were holding USD 5.4 trillion in foreign currency reserves, nearly twice as much the amount held by rich countries.

Some commentators talk about these new trends with trepidation. But the “rise of the rest” is not a “threat to the west:” overall, the newfound prosperity in the developing world represents an enormous opportunity for citizens in the developing and developed world alike. Improvements in the range and quality of their exports, greater technological dynamism, better prospects for doing business, a larger consumption base – all these factors can create substantial welfare benefits for the world. Moreover, imagine the consequences if the Asian Giants had followed the industrialised countries into recession? These large developing countries have helped soften the impact of the most serious global recession since the 1930s. Through their trade and investment links they have also mitigated the impact of the crisis on the rest of the developing world. Africa, for instance, is forecast to post growth of 4.5 percent this year – a figure below its pre-crisis level, but far in excess of that of the OECD average.

END_OF_DOCUMENT_TOKEN_TO_BE_REPLACED

The heads of the U.S. Federal Reserve and the European Central Bank on Monday both singled out emerging economies as key to global financial stability. U.S. Federal Reserve Chairman Ben Bernanke said the world economy depends ever more on emerging markets to maintain strong domestic growth and economic and financial stability. "Improvements in emerging market policies and policy frameworks … have ramifications beyond the emerging market economies themselves," he said in videotaped remarks prepared for delivery to a conference sponsored by the Bank of Korea. Bernanke did not discuss the outlook for the U.S. economy or interest rates.

His remarks were echoed by European Central Bank President Jean-Claude Trichet who said in separate videotaped comments to the conference that emerging economies have been a source of strength in the global financial crisis. "One distinctive aspect of this crisis has been its originating in industrial economies. Emerging countries have also been severely affected, but as a group remained a source of strength for the world economy," Trichet said in the prepared comments. Commenting on South Korea, Bernanke said actions taken by its government and central bank since the Asian financial crisis of the late 1990s helped it weather the crisis that swept economies around the world in 2007-2009.