The European Central Bank governing council meets this week after European leaders moved to shore up eurozone stability and as the US Federal Reserve mulls a second round of monetary stimulus. The ECB is sure to maintain its main lending rate at a record low of 1.0 percent, analysts say, while focusing potentially tense talks on whether to continue unwinding its own unconventional measures. 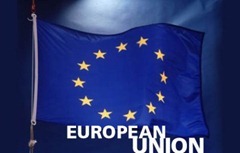 A rift between ECB governors has opened over pursuing purchases of eurozone government debt, with German central bank chief Axel Weber saying he will stick to his guns even if it means passing on a chance to be the next ECB president. Weber insists the scheme should be phased out and said last week: "If that’s going to have implications for my future career, then I’d be happy to live with those consequences."

Commerbank economist Michael Schubert said: "Behind closed doors … the council is likely to discuss how to continue its gradual exit from unconventional measures" some eurozone banks have come to depend upon. "Discussions could become even more heated at Thursday’s meeting," he added.

Growth in powerhouse Germany is strong now but Greece is still in recession and faces an unsettled political situation that could worsen its debt crisis. In London meanwhile, the Bank of England is expected to maintain its main interest rate at a record low of 0.50 percent on Thursday.

END_OF_DOCUMENT_TOKEN_TO_BE_REPLACED

Asian economies are likely to show robust growth this year supported by China and India, though growth could slow in the second half, the Asian Development Bank chief economist said on Thursday. “Asia will be affected by any significant slowdown in the (global) recovery, but Asian countries are now getting support from the strong resilient recovery of the large regions including China and India,” Jong-Wha Lee, also the chief spokesman of the Manila-based lender, told Reuters in an interview. “There will be moderation of recovery partly due to a different base because last year — in 2009 the first half, especially first-quarter — numbers were very bad because of severe impact of worldwide trade collapse.”

In April, the ADB had forecast that China would grow at 9.6 percent and India at 8.2 percent this year, but the figures would be revised in September, he said. Growth in the two economies could decelerate in the second half due to the base effect. He said though downside risks remain in the U.S. economy, it was likely to maintain around 3 percent growth this year. “We do not think there will be double-dip recession in the U.S.,” he said, adding the euro zone was also performing better mainly on account of surge in German exports.

The decision of the central banks in India and other Asian countries to raise interest rates could possibility lead to a surge in capital flows into the region as investors are looking for safer havens as well as higher returns on investment. “Asian countries are now raising END_OF_DOCUMENT_TOKEN_TO_BE_REPLACED

FX Concepts LLC, the hedge fund that bought the euro in June just as it began a 9.7 percent surge against the dollar, now says it’s almost time to get out of the currency. The firm, which manages $8 billion in assets, expects the euro’s advance from a four-year low on June 7 to come undone by September, partly because European austerity programs will start to weigh on growth. Reports last week that showed Spanish consumer confidence falling to the lowest level this year and banks tightening credit standards in the region suggest the budget measures may already be undermining the recovery. The same fiscal measures that helped restore confidence in the euro may soon weaken the region’s economies and torpedo the rally. A July 30 survey of 21 money managers overseeing $1.29 trillion by Jersey City, New Jersey-based research firm Ried Thunberg ICAP Inc. found 75 percent don’t expect Europe’s common currency to strengthen over the next three months. “Austerity is really bad for growth,” said Jonathan Clark, vice chairman at New York-based FX Concepts, the world’s biggest currency hedge fund. “In the U.S., austerity is mainly on the state level, but in Europe they are whole-hog into cutting spending to reduce deficits. Under a pessimistic scenario, the European currencies are in a lot of trouble.”

Spain, Portugal and Greece will reduce spending by an average 4.3 percent of gross domestic product from 2009 to 2011, said Gilles Moec, an economist in London at Deutsche Bank AG, Germany’s largest lender. The euro area will expand 1.5 percent this year, less than a previous estimate of 2 percent, UBS AG, the biggest Swiss bank by assets, said in a July 16 report. The cuts contrast with the U.S., where President Barack Obama signed into law a $34 billion extension of unemployment benefits last month. The Congressional Budget Office projects a record $1.47 trillion deficit this fiscal year ending Sept. 30, and $1.42 trillion in 2011. While U.S. growth is slowing, it beats the European Union, where a 750 billion-euro ($981 billion) backstop for the region’s most indebted nations stabilized the currency after it slid from $1.5144 on Nov. 25 to the June 7 low. U.S. GDP grew at a 2.4 percent pace in the second quarter, compared with 3.7 percent in the prior period, the Commerce Department in Washington said July 30. Corporate spending on equipment and software jumped at a 22 percent annual rate, the biggest increase since 1997. The median second-quarter estimate for the euro region is 1.30 percent, and 1.10 percent for the year, based on a survey of 20 economists by Bloomberg.   END_OF_DOCUMENT_TOKEN_TO_BE_REPLACED

The police department in this city of 470,000 has lost about 50 officers, and is hiring lower-paid civilians to do investigative work. The Little League has to pay the city $15 an hour to turn on ball-field lights. The library now closes its main location on Sundays, and city offices are open only four days a week. This holiday season, the city didn’t put up festive lights along the downtown streets.

Mesa’s tax receipts, depressed by the recession, will likely come back one of these days. But Mayor Scott Smith doesn’t believe city services will return to…

Fears of a new speculative boom on which the global recovery rides are being expressed in different circles. There are as many aspects to these fears as there are to the so-called recovery, which include the huge profits being recorded by some major banking firms, the surge in capital flows to emerging markets, the speculative rise in stock markets’ values worldwide and the property boom in much of Asia. Potential victims of the reversal of this boom, however, now complain that the source of it all is a return in the US to a policy of easy money — involving huge liquidity infusions and extremely low interest rates — to save the financial system and real economy from collapse, while resorting to a fiscal stimulus to trigger a recovery. A similar policy was and is being adopted by many other countries, even if not with the same intensity in all cases, but the US, which was home to the most toxic assets and damaged banks, led by a long margin.

This policy did generate the signals that suggested that economies were on the mend. But these are also signs; argue some, of a bubble similar to the one which generated the high profits and the credit-financed housing and consumer-spending boom that preceded the 2008 downturn. That dangers associated with that bubble were ignored because of the short-run growth benefits it delivered. This one could be ignored because of the impression of a recovery it generates. Even as satisfaction is being expressed in some quarters about the recovery, however halting, fears of a second downturn or double dip recession are being expressed in other circles. Thus, just before the US President Barack Obama arrived in Beijing on his much-publicised visit to China, that country’s banking regulator, Liu Mingkang, criticised the US Federal      END_OF_DOCUMENT_TOKEN_TO_BE_REPLACED

The U.K. economy shrank less than previously estimated in the third quarter as consumer spending stopped falling and the service industries slump eased, bringing the longest recession on record closer to an end. Gross domestic product fell 0.3 percent from the previous three months, compared with a prior measurement of a 0.4 percent drop, the Office for National Statistics said today in London. The result matched the median prediction of 28 economists in a Bloomberg News survey. Prime Minister Gordon Brown this week called for stimulus to stay in place to avoid “choking off recovery” as an election looms within six months. The Bank of England has expanded its bond-purchase plan three times since March to ensure Britain’s escape from recession and Governor Mervyn King said yesterday the pickup isn’t “particularly strong.”

“Over the coming quarters the economy will accelerate pretty sharply,” said Nick Kounis, chief European economist at Fortis Bank Nederland NV in Amsterdam and a former U.K. Treasury official. “In third quarter the U.K. was one of the sick men of Europe but it’s going to step up a few gears and will be one of the stronger performers in Europe next year.” The pound erased gains against the dollar and was trading at $1.6702 as of 10:05 a.m. in London. U.K. government bonds extended gains, pushing yields lower. The yield on the 2-year gilt fell 5 basis points to 1.17 percent.         END_OF_DOCUMENT_TOKEN_TO_BE_REPLACED 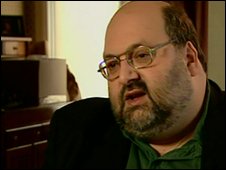 America slowly appears to be emerging from recession, rebounding from its worst slump in decades. For many Americans the pain is still dragging on. More than 200 years ago, Slater Mill in Rhode Island helped kick off America’s industrial revolution. For centuries, manufacturing, mainly in textile mills, provided jobs in this small north-eastern state, but not anymore. Rhode Island now has the third highest unemployment rate in the country, after Michigan and Nevada. According to the US Labor Department, the rate of unemployment climbed to 13% in September. This does not come as a surprise to Jon Polis. Each day, he searches for work on his computer and in the local newspaper. He says his eight years working for a medical supplies company was over in eight minutes. He was laid off a year-and-a-half ago. Now his benefits have run out and he is living on his savings. “I can last maybe next March or April,” says Jon. “After that I’ll just have to go to my family and ask for money.” At age 53, this is not the first recession he has lived through, but it is the worst. “I’ve been out of work a few months here or there but never like this,” he says.       END_OF_DOCUMENT_TOKEN_TO_BE_REPLACED